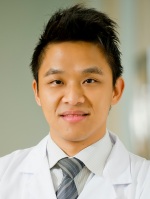 Dr Daniel Fong is a Reader in Sports Medicine and Biomechanics since 2021, after working as a Senior Lecturer in Loughborough University since 2014, as a Research Assistant Professor in the Department of Orthopaedics and Traumatology, The Chinese University of Hong Kong, during 2008-2013, and as a Visiting Scholar in the BioDynamics Laboratory, Department of Orthopaedic Surgery, University of Pittsburgh, in 2012. He is also the programme leader of  MSc Musculoskeletal Sport Science and Health programmes.

Daniel’s major research is on sport-related ankle ligamentous sprain injury. He is the first ever researcher to quantify the injury mechanism with biomechanics quantities by an advanced forensic motion analysis method. The data of the injury mechanism was used to drive his another achievement, which is an anti-ankle-sprain system that utilises wearable sensors to monitor foot and ankle motion, employs a biomechanics method to identify the risk of ankle sprain injury, and finally delivers electrical stimulation to initiate quick muscle reaction to save the ankle joint. He started this work since 2004 and worked out the invention in 2011, which was later granted patents in several countries. From this research, he was invited as keynote/invited lecturer in conferences in Hong Kong, Xiamen, Chengdu, Beijing, Okinawa, Daegu, Sydney, Taipei, and Dublin. He has also delivered over 200 presentations in local and international seminars and conferences. With this research topic, he has attracted 20+ visiting scholars/students from Hong Kong, China, Japan, Australia, France, US, and UK.

Daniel’s other research interests include knee biomechanics, sport medicine, slips and falls, orthopaedic devices and biomedical engineering. He collaborates internationally with research teams in China, Canada, Japan, Ireland, Italy, Norway, and the US. He has served as Vice President of Publications (2012-2014) and Board of Directors (2009-2011) for the International Society of Biomechanics in Sports, Treasurer (2010-2012) for the Asian Society of Sport Biomechanics, and Council Member (2010-2014) for The Hong Kong Association of Sports Medicine and Sports Science. He has been invited to serve as member of doctoral studies panel, external examiner of doctoral thesis, external assessor of candidates for academic faculty positions, and research proposal reviewer for numerous organisations in different countries. He has served as Editor-in-Chief for the Sports Biomechanics Journal since 2014, and the Membership Committee Chair of the International Ankle Consortium since 2020.

Daniel believes that knowledge transfer from the academic to the public is important. He has delivered over 25 seminars at different organisations and corporations in Hong Kong, and has disseminated the sports medicine and biomechanics knowledge through over 60 public exhibitions, newspaper and magazine articles, television interviews, and radio programs.